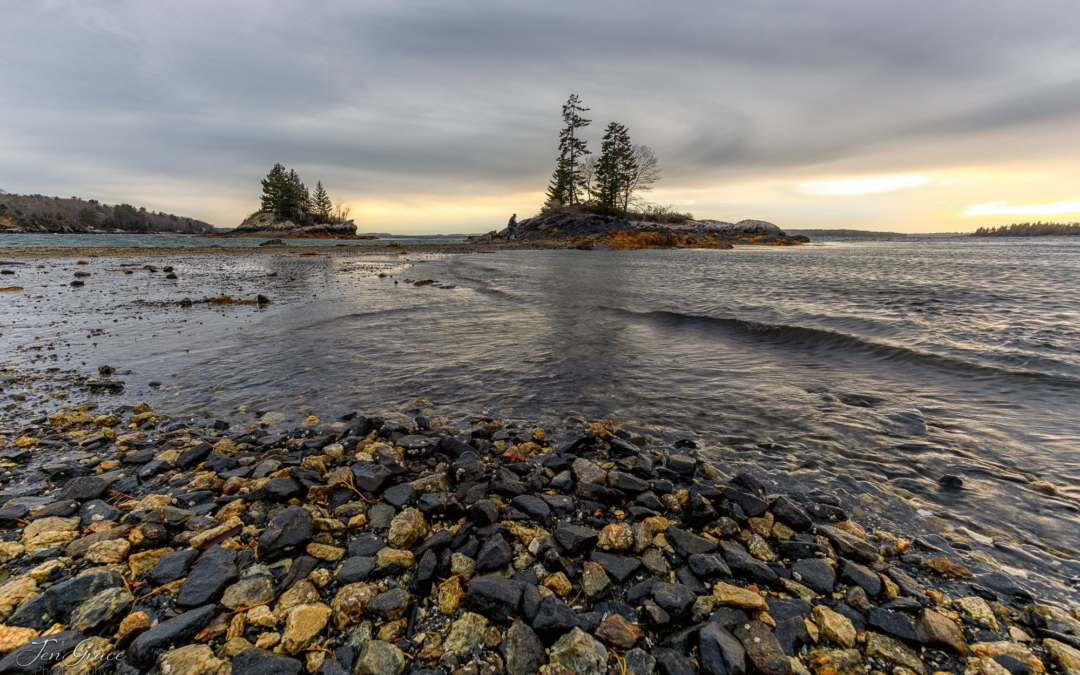 This is a shot I took back in April at Lookout Point in Harpswell. Over the winter I invested in a not-so-expensive 16mm prime lens and this is one of the first landscapes I took with it. I’ve been pretty hooked on it ever since.
.
Lookout Point is one of those places I return to every now and then. It’s really a powerful spot because it’s so open. When you’re there, you can really experience the elements. When it’s windy it’s really windy and when it rains there’s no cover. This was a chilly spring evening right before the rain. A tiny sprinkle actually, which really brings out the vibrance of the scene.
.
I’ve been pretty MIA on posting over the last six months. Among many other things, I’ve also been reevaluating a lot of things in my life, and having a photography journal on social media is one of those things. But since I’ve had so many people mention that they miss seeing my photos, I was inspired to start sharing again despite my fears. I guess that means I have some content to catch up on.